Amidst a busy week of responding to vehicle accidents, first responder runs, and presentations at area schools, the Versailles Fire Department was dispatched for a working structure fire at 902 West U.S. 50 in Versailles, across from Southeastern Caree … 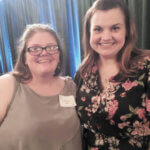 The Pregnancy Care Center of SE Indiana held their annual banquet September 16 in Cleves, Ohio with an approximate attendance of 880, up from 600 in 2018. This year’s theme was “Unplanned Love.” At this banquet, the keynote speaker was Abby Johnson, fr …

Weather is perfect for Pumpkin Show 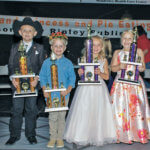 From the first day of the 117th Versailles Pumpkin Show until the last day, the weather was absolutely beautiful. Crowds came out and people seemed to enjoy the oldest festival in Indiana one more time. “We hit the jackpot with the weather,” noted Ryan …

Holocaust film to be shown at Milan on Sat. 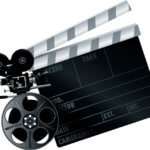 The Holocaust is not a very pretty subject, and sometimes people shy away from it. However, the stark truth is – it happened. It’s a part of world history that should never be forgotten and that’s the mission of Jan Garbett as she brings a nationally a …

Holocaust film to be shown at Milan on Sat. Read More » 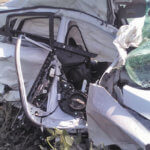 A two-vehicle crash on Saturday, September 21 has claimed the life of a Milan woman, 57-year-old Kimberly S. Prather.According to a press release from the Ripley County Sheriff’s Office, the crash occurred on US 421 near County Road 700 South, south of … 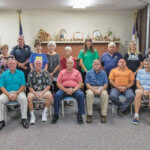 Ten organizations benefitting the Town of Versailles and its community gathered at the Tyson Fellowship Hall in Versailles for the town’s annual Tyson birthday celebration on Saturday, September 14. By the end of the evening, all grant requests on the …

It’s show time: Pumpkin, that is! 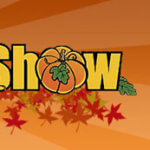 The forecast looks great for the 117th Versailles Pumpkin Show next week! The Show will run from Wednesday, September 25 through Sunday, September 29 on the square in Versailles. The town square will be alive with an assortment of rides, activities, st …

Fun on the Brick Street in Osgood this weekend 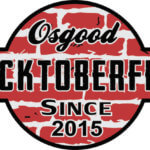 Don’t miss Osgood’s Bricktoberfest this Saturday, September 21. This is the 5th annual event the town has offered, which always draws a large crowd and offers a variety of things to enjoy.This year they will be serving smoked BBQ, along with having a b …

Fun on the Brick Street in Osgood this weekend Read More »

Jail officer inside bars instead of outside 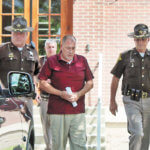 Darin Laird found himself on the other side of the law when he appeared in court on Wednesday, September 11. Laird, 42, had served as a jailer three months for the Ripley County Jail, but when he broke the law by trafficking with an inmate, he was face …

Jail officer inside bars instead of outside Read More »

It’s time to get advanced tickets for the 117th Versailles Pumpkin Show rides. The show will run from September 25-29.On Wednesday and Sunday all rides will be just one ticket. Thursday night is Buddy Night, so two can ride for the price of one. Ticket …