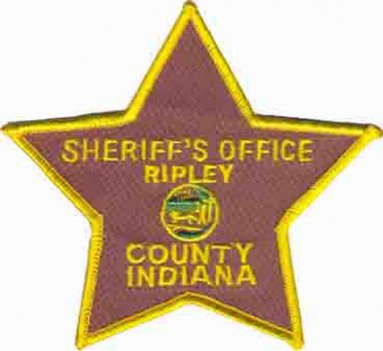 The incident occurred in the Ripley County Jail on December 18, 2018, around 11:30 a.m. according to the Affidavit of Probable Cause.

Robert Curl, police officer with the Ripley County Sheriff’s Department and Jail Commander said inmate Jeremy Betz was asleep in his top bunk when the assault began. The three inmates allegedly involved in the beating are: Robert Wright, Christian Stewart and Dakota Fraley.

According to the affidavit, they allegedly beat Betz with a sock that had a heavier object inside. One portion reads “Wright began stomping and kicking Betz in mostly the head area and also in the abdomen until it appears Betz was knocked unconscious.” Stewart continued to hit Betz with the object they were using and Wright continued to stomp on his head.

Police say the cameras reveal that the trio turned Betz over on his back and covered him with a blanket to make it appear that he was sleeping. They also brought towels over to the area and seemed to be wiping up blood. Another inmate, who was on the bottom bunk while this was going on, moved to another location and Wright, Stewart and Fraley lifted Betz, who was still not moving, onto the bottom bunk making sure he was covered with a blanket so it would seem that he was sleeping.

Deputy Curl said after reviewing the video, he went to the cellblock where Betz was in his bunk. He said Betz stood up and he could see multiple serious injuries. He was taken immediately to the hospital where he was treated for a broken nose, broken orbital bone, and required multiple stitches.

Fraley was convicted of Possession of a Narcotic Drug in 2011; Unlawful Possession of Syringe in January 2013; Burglary between March of 2014 and May of that same year. He was sentenced to 68 years in prison in December of 2015. He is being represented in this case by John Dorenbusch.

Stewart was just sentenced in January to 42 years behind bars for burglary and more, all felony counts. His attorney in the recent charges is Spencer Gilland. Wright was involved in burglaries in both Dearborn and Ripley counties dating back to 2015. Wright is being represented now by William (Bill) Dillon.