B’ville man will not be charged with murder 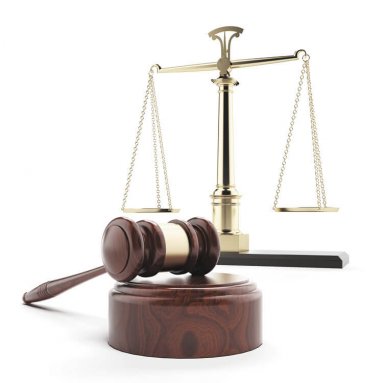 In a case that dates back to July of 2017, the Supreme Court has recently made a decision that resulted in the dismissal of murder charges against a husband who injected his wife with drugs, resulting in her death.

According to information from Ripley County Prosecutor, Ric Hertel, the decision was made on December 19, 2019, when the Indiana Supreme Court declined to accept transfer of the Court of Appeals’ decision that ultimately resulted in the dismissal of murder charges against Nathaniel Walmsley of Batesville.

At the time the charges were initially filed, a press conference was held with Prosecutor Ric Hertel stating he felt Walmsley, along with the person who dealt the drugs, met the criteria to have felony murder charges filed against them. Now, the Indiana Supreme Court’s denial formally ends the State’s ability to appeal the Court of Appeals’ decision and ensures that Walmsley will not face a murder charge for injecting his wife, Rachel.

What should have been a happy occasion as the Walmsley’s were hosting a family barbeque at their residence in Batesville, ended in tragedy when Nathaniel injected both himself and his wife with a syringe filled with what they believed to be heroin, during the family gathering. The results of Rachel’s autopsy confirmed that the substance injected was not heroin, but rather, fentanyl, which is a synthetic opioid pain reliever that is 50 to 100 times more potent than morphine. Nathaniel purchased the drugs from James “Al” Trimnell earlier that day. Information from the probable cause noted that during the cookout, after Rachel had been injected, she was found by her husband lying on the bathroom floor. He had his 15-year-old son help carry her up to the bedroom. Hours later, Rachel was taken to Margaret Mary Hospital where she was pronounced deceased shortly after arrival.

A Motion to Dismiss was filed by Walmsley and was denied by the trial court. On August 29, 2019, following an oral argument before the Court, the Indiana Court of Appeals found that Ripley County Circuit Court Judge Ryan King abused his discretion when denying the dismissal of the felony murder charge. The Court of Appeals stated, “Because the evidence shows that Nathaniel and Rachel jointly acquired possession of the drug for their own use the moment Trimnell dropped it off at their house, Nathaniel did not ‘deliver’ the drug to Rachel when he injected her. Therefore, he can’t be charged with felony murder for injecting her. We therefore reverse the trial court’s denial of Nathaniel’s motion to dismiss the felony murder charge.”

According to a press release from the Ripley County Prosecutor’s Office, “Following the Court of Appeals’ decision, the Indiana Attorney General’s Office, who represents the State in all criminal appeals, requested that the matter be transferred to the Indiana Supreme Court. Prior to a case being accepted by the Supreme Court, a vote is conducted by the five members to determine whether they are interested in the case being transferred to them. On December 23, 2019, the Court voted 3-2 in favor of not accepting transfer of the case resulting in the Court of Appeals decision becoming final. With felony murder no longer an option, Walmsley was charged with Possession of a Narcotic Drug, a Level 6 Felony, and neglect of a Dependent, a Level 6 Felony.”

Regarding the upper Courts decisions, Prosecutor Ric Hertel stated, “While we respect the decision of the Court of Appeals and Supreme Court, we are very disappointed with the outcome, and our hearts are heavy for Rachel’s family. We felt the defendant’s conduct warranted the charge of felony murder, but understand that the Court’s decision ends this case and a jury will not hear it as a murder case. As always, my office will continue to aggressively address those who deliver drugs in our community with every tool we have available at our disposal.” Regarding Walmsley’s pending charges, Hertel concluded, “All pending charges are merely allegations and the defendant is innocent until proven guilty.”