Farmers could benefit from growing hemp 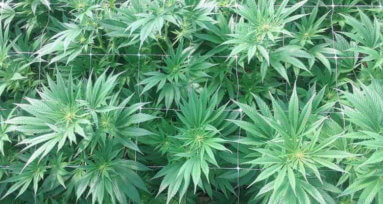 With the Indiana Hemp Industries Association and Hemp Feed Coalition estimating the hemp market to be work a total of $22 billion, Indiana farmers could soon reap the rewards of growing the product.

According to State Senator Chip Perfect, District 43, the Indiana General Assembly passed Senate Enrolled Act 516 during the 2019 legislative session. Senator Perfect noted that he contributed to SEA 516 and notes that this is in compliance with the Agriculture Improvement Act of 2018’s legal standards and he wants Indiana farmers to capitalize on hemp production along with others.

Senator Perfect believes hemp will boost Indiana agriculture and notes that it is a valuable agriculture crop with countless industrial applications. He noted that hemp is a non-intoxicating strain of the cannabis sativa plant, which is closely related to the marijuana plant. He notes that hemp has lower concentrations of tetrahydrocannabinol (THC), which is the psychoactive ingredient found in marijuana, and higher concentrations of cannabidioil (CBD).

The hemp plant is grown in more than 30 countries and has more than 22,000 different uses, according to Perfect. He noted that hemp is used to make a variety of commercial and industrial products, including, but not limited to textiles, shoes, food, paper, rope, bioplastics and biofuel.

When Ripley County Prosecuting Attorney Ric Hertel was asked how he felt about the legalization of hemp, he said, “As long as the regulations set up by the legislature are followed, I have no concerns.”

At this time, hemp cultivation is only permitted by pre-approved, licensed researchers, noted Perfect. He said over the next several months, the Indiana Hemp Advisory Committee will be meeting to develop regulatory measures for Hoosier farmers who want to grow hemp.

To find out more about growing hemp in Indiana you can contact Senator.Perfect@iga.in.gov or by calling 1-800-382-9467.