Funeral services set for former educator, community leader Holdsworth to be remembered for sharing love of music, caring for others 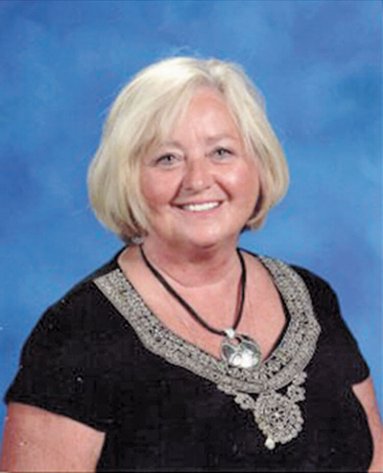 Patsy F. Holdsworth, 74, of Versailles, passed away on the evening of Monday, June 17, 2019, surrounded by her family in Greensburg.

Funeral services are scheduled for Saturday, June 22 at 10:00 a.m. at South Ripley High School in Versailles with Lay Speaker Paula Hall officiating. Burial will be in the Cliff Hill Cemetery in Versailles. Visitation is set for Friday, June 21 from 3:00 – 8:00 p.m. at the Stratton-Karsteter Funeral Home in Versailles and from 9:00 a.m. until time of services on Saturday at the high school. Memorials may be given to the Holdsworth Music Scholarship or the Indiana Chapter of the ALS Foundation in care of the funeral home.

Born in 1944 in Richmond, Kentucky, Patsy Holdsworth, better known as “Mrs. H” by her many students, taught music and choir for the South Ripley Community School Corporation for over 30 years, beginning in 1967 and retiring in 1999.

“Retiring” isn’t really the right phrase, however, as Holdsworth continued to work and volunteer with students at South Ripley, Milan, Jennings County, and South Decatur schools for several years thereafter.

“Mrs. Holdsworth was a beloved, master teacher and challenged all within her reach to be the best they could be,” writes Jane Rogers, a former student and colleague of Holdsworth’s and superintendent of the Milan Community School Corporation. Holdsworth was named “Teacher of the Year” on two different occasions during her tenure at South Ripley.

One of Holdsworth’s most longstanding accomplishments during her years at South Ripley came through establishing the Young Confederates, a singing group at the school that recently celebrated their 50th anniversary. With Holdsworth at the helm in years past and continuing today, the Young Confederates perform both locally and nationally, representing the South Ripley Community School Corporation.

Patsy married Gary Holdsworth on April 9, 1966 and he survives. During their 53-year marriage, the Holdsworths were 52-year members of the Tyson United Methodist Church in Versailles.

The Holdworths lived and worked side-by-side. “The impact Mr. and Mrs. H have had on making this world better and each and every student better can’t be quantified or matched,” wrote former student Jennifer Brooks (Hall).

Read the full obituary inside of today’s newspaper.