Hunter being released from prison after serving 28 years for murder 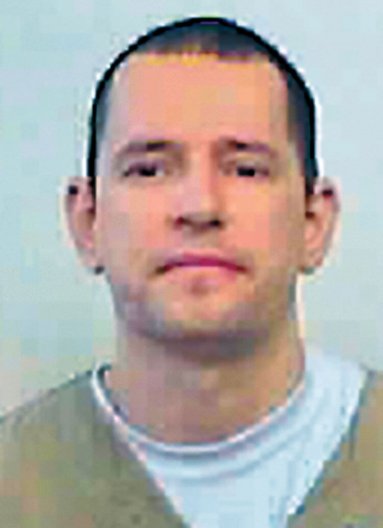 Sixty years seems like a long time when you hear a court sentence. In fact, after cutting it in half for good behavior in the State of Indiana, it’s only 30 years and when you’re given two additional years off of that sentence, well, David Lewis Hunter, has served his sentence in full. He will be released from prison on March 28, 2019 at the age of 44.

Hunter was charged and pled guilty to killing 73-year-old Frieda Busteed of Milan, a lady who lived about a mile from his own home in 1991 when is was 16-years-old.

Hunter said he broke in the back door window to gain entry into the home with police saying there was an evident struggle throughout many parts of the home before he murdered Mrs. Busteed by hitting her with a heavy lamp several times.

At the time, friends of Mrs. Busteed could not believe anyone would want to kill her. She was a kind lady, who attended church at the Versailles United Methodist Church, and was “just a nice lady”, one friend said.

After two years, Hunter finally came to court. Through a plea agreement then Ripley County Prosecutor Frank Arkenberg dropped a charge of rape and Hunter pled guilty to the felony murder charges on March 9, 1993. By Indiana law, the burglary charge was merged with the murder charge.

Hunter, who was only 16 when the crimes were committed, testified.  He broke down on the stand, according to file copy from the Osgood Journal. He wasn’t necessarily crying for what he had done, but, rather what he said he had endured during his childhood. He said he was bounced around from home to home, lived in  many different states, got in over 100 fights in school and was finally suspended in the eighth grade.

Judge Carl Taul told Hunter if it was in his power he would sentence his (Hunter’s) father to the same 60 year sentence.

Hunter’s attorney, Mark Jones, hired a sentencing consultant who asked for Hunter to be sentenced to 50 years with 10 years suspended to probation so the State would have control over Hunter for that period of time. It was pointed out then that inmates only serve half of a sentence. The recommendation was so that Hunter could be monitored on the “outside” after being in prison. His attorney argued that being in prison would only add to the fuel when Hunter would be released.

James Busteed, son of Mrs. Busteed asked the judge to sentence Hunter to the maximum without a chance of parole. “I think he is a cold blooded murderer.”

The same reaction has recently been echoed by Mrs. Busteed’s grandson, Jim Busteed, who said he can’t believe he’s (Hunter) being let out of prison with no supervision. Jim was thankful that prosecutor Ric Hertel had given him a call to let him know Hunter was being released.

In 1996 Hunter filed an appeal trying to get the sentence overturned. However, after looking at all the facts from the case, it was decided that the trial court had made the right decision, which they affirmed. One of Hunter’s claims at the time was that the court based his actions on the assumption that he was able to control his actions at the time of the murder. Hunter stated that he had two valid defenses to the crime being intoxicated and insanity.  However, paperwork from the higher court noted, “Sentencing is within the sound discretion of the trial court.”

But, next Thursday, March 28 Hunter will walk out of the Indiana Department of Corrections a free man, having served the sentence Ripley County imposed on him.

Some of the family of Frieda Busteed do not feel justice is done when Hunter walks out of prison. The death certificate and tombstone make their sentence a permanent one. They have lost their loved one forever – there is no release date for that.