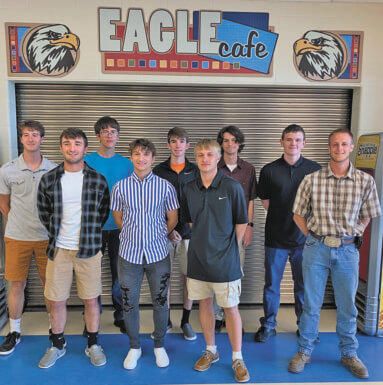 Jac-Cen-Del track and field concluded its successful 2021 with the presentation of its award winners for the spring season.

Lindsey Linville and McKenzy Gray were named Co-Most Determined along with each receiving the Eagle Award. Shaylee Volz won the Blanket Award and the Most Field Points award while Dillan Hughes won the Eagle Award.

The boys team finished up the year with a 29-12 record and Luke Comer was named the team MVP while also receiving the Eagle Award. Christian Comer, Jacob Jines, Adam Maloney and Austin Rohls each won the Eagle Award while Austin Hammond was Most Determined and Damon Hughes picked up the Eagle Award and the Blanket Award.

Most Running Points went to Josh Pohle and Corbin White picked up Most Field Points.

Awards were presented to each track and field team on June 9. We will be covering more award winners in the coverage area as the summer progresses.