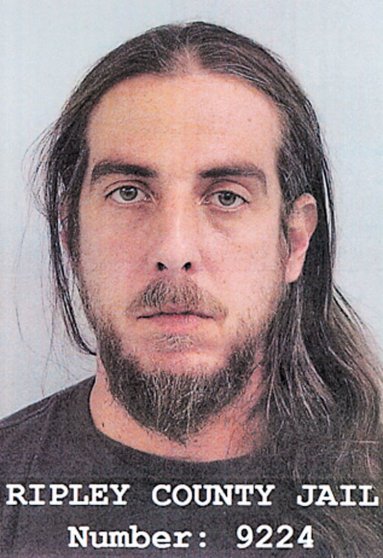 In a highly publicized case where two co-defendants were charged with Murder, one defendant, James Alvin Trimnell has escaped the charge after the Court of Appeals of Indiana rendered their ruling in the case.

Trimnell was charged after he had allegedly sold drugs to Nathaniel Walmsley, husband of Rachel Walmsley, who died after she had been injected with drugs bought from Trimnell.

This case goes back to July of 2017 when the Batesville family was having a back yard barbecue with other family members. Trimnell allegedly provided the drugs, which an autopsy would later reveal Rachel Wamsley’s death was caused by “acute fentanyl and ethanol intoxication.”

On November 9, 2017, the State charged Trimnell with felony murder. On December 29, 2017, Trimnell filed a motion to dismiss and a hearing was held on the motion. The trial court took the motion under advisement and later denied it on March 19, 2018. At the request of both parties the trial court certified its order for interlocutory appeal. The Indiana Court of Appeals accepted the jurisdiction of the appeal. They would later give their opinion on the case.

The charge, according to paperwork from the court was “a person who kills another human being while committing or attempting to commit dealing in or manufacturing cocaine or a narcotic drug commits murder, a felony IC 35-48-4-1. This led the prosecutor to file the initial charge.

In documents from the high court, it read, “There is no indication in the record that Trimnell knew how much of the drug would be injected by Nathaniel in Rachel’s arm, or when or how frequently they would be using the drug he had delivered and that Rachel had been acutely intoxicated by alcohol for a period of time prior to using the drug.”

Moreover the document reads, “We  (court of appeals) agree with Trimnell that the trial court abused its discretion in denying the motion to dismiss the felony murder charge by misapplying the law to the facts and circumstances in this case.”

The Ripley County Circuit Court dismissed the murder charge in State of Indiana vs. James Trimnell on March 1.

Prosecutor Ric Hertel said he was very disappointed with the dismissal and Trimnell’s release from incarceration. He noted he would await the Court of Appeal’s decision in the Nathaniel Wamsley case (also charged with Murder) for allegedly injecting his wife with the drugs, before evaluating Trimnell’s case moving forward.

Hertel has not ruled out the possibility of additional charges against Trimnell following the decision by the Court of Appeals, but stated, “I believe the prudent position tactically is to wait for the decision on the Walmsley case. The prosecutor wasn’t sure of the timeline on Walmsley’s case.”

This was the first case of its kind to be filed in Indiana where the drug dealer would have been held responsible for providing the drugs that killed someone. Since this was filed, the legislature has created a new charge, Drug Dealing Causing Death. However, that law came after this case was filed, so it cannot be applied in this situation.