Judge pushes for Aug. trial for teen accused of killing siblings in 2017 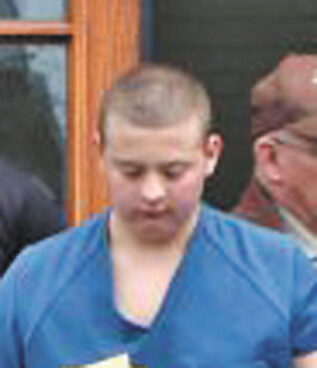 Judge Ryan King assured trial lawyer Mark Jones that he made his decisions based on the law. That was the bottom line in a plea that Jones put forth to get his client, Nickalas James Kedrowitz, 17, another competency hearing.

The case dates back to May 1, 2017, with Kedrowitz being accused of killing two toddler siblings in the home in which he was living in Osgood.

A near five-day competency hearing has been held during that time in which multiple people (experts, doctors, etc.) testified that Kedrowitz was competent to stand trial.  “We have two disinterested parties that have already found him (Kedrowitz) way competent,” Judge King noted in court on June 2. He continued by saying what was being presented was all the “same stuff we’ve already heard.”

Judge King said there is strong evidence in the records to substantiate his own decision to continue to trial in August. Some of that evidence was that the defendant would be eligible for out-patient privilege from psychiatric treatment, if he wasn’t a prisoner. He went on to read from a document about the condition of Kedrowitz noting that he had “no disturbances and understands, has knowledge that is age appropriate and good concentration – he requires no further intervention.”

The argument that Jones made before the court was that his client didn’t communicate effectively with himself or Attorney Lynn Fledderman. He said sometimes Kedrowitz wasn’t able to verbalize and had to try to scratch his replies on a piece of paper.

The Judge said that many people have mental and/or intellectual issues, but take medication. “Plenty of people are on medication,” he noted at one point, also taking note that there is strong evidence in the record that Kedrowitz is competent to stand trial. He performs at the same level as others at the juvenile detention center in which is he being held.  He said he knows people who take substantially more medication than the defendant and “act just fine.”

The Judge gave a fair warning that the case would proceed to trial without bootstrapping another three years on competency issues, since that has already been decided. “This has got to stop at some point.” He noted that there was no new evidence presented and told both Defense and State they needed to be ready for a trial this year in August.

Prosecutor Ric Hertel had little to say, but did mention that the State was prepared to proceed. He said after seven continuances it was “time to move forward.” He said the State had only requested one of the continuances due to the availability of an officer.

Judge King noted, “This needs to happen.” He said the victims need their day in court and Kedrowitz needs his day in court as well. At one point the Judge noted the case was about “who did what.”