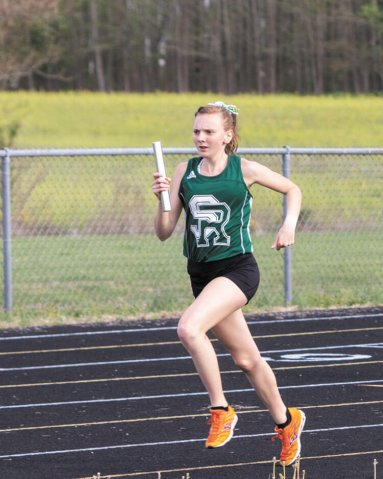 
Pictured during a relay race earlier this season, South Ripley’s Megan Cole won the 3200 meter race at the Franklin County sectional against 18 other runners.

Track and field hopefuls from Jac-Cen-Del, Milan, and South Ripley traveled to Franklin County on Tuesday, May 14, to participate in sectional competition.

Simon’s sister, Kayla (JCD) finished fourth in the same race in a time of 49.10.