Milan prepares for back to school 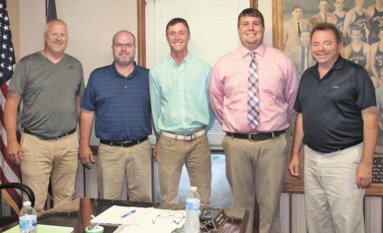 During the July Board of Trustees meeting, held July 15, Superintendent Jane Rogers informed the board that online registration for students was to begin on July 24. Teacher days are August 5, 6, and 7, with students beginning on August 8. There will be an open house for all Milan schools on Tuesday, August 6 from 3:30 p.m. to 7:00 p.m. Milan Elementary’s open house will also include a ribbon cutting for the new Tele-Health clinic at 4:15 p.m.

Noel Houze, school resource officer, reported that the corporation has received two grants to pay for a new electronic lock system for the high school and middle school. A lock system was put in at the elementary school in 2018 and those have worked well, according to Houze. The corporation received $30,000 from Baylor Foundation and $27,000 from Rising Sun Regional Foundation, which allows the installation of the locks at no cost to the corporation based on current needs. The system is presently being installed and will be ready when school starts.

Pat Murphy, MIS/MMS principal, was happy to inform the board that the Baylor Foundation gave the Intermediate and Middle Schools a $7,500 grant to continue the Leader in Me program. For more information about the program, go to https://www.leaderinme.org/. He commented that he is excited for the students and staff to have the opportunity to continue with the program.

A three-year fuel bid from Lykins Oil Company recommended by Michael Brandes, director of operations, was approved for the period of August 2019 to July 2022.

Rogers’ request to apply for a state school technology advancement loan to pay for the purchase of new student chromebooks was approved. The loan will be paid back from money collected from student fees. Rogers was also granted permission to advertise, interview and hire for any positions that may become vacant between now and the August board meeting.

The next regular meeting of the Milan Board of School Trustees is scheduled for Monday, August 19 at 7:00 p.m.