Milan teacher gets the best present – a kidney 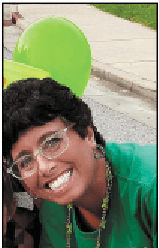 What did you get for Christmas? “My wife got a kidney,” noted Mark Hosmer, as he recounted their 2021 Christmas morning.

“We got the call about 8:00 in the morning,” Mark told The Versailles Republican. The call from University Hospital in Cincinnati, saying a donor kidney had been secured for Michele, who was diagnosed in 2012 with kidney disease.

Mark said they rushed to the hospital for preparation for the surgery, which took place at noon on December 25. “She is doing great,” he noted in a phone interview on Monday. He said while she will be in the hospital for a little while, they are anticipating her being able to be out soon and enjoy a full life.

The physical education and swim teacher at Milan Elementary health declined from Stage 3 in 2012 with her combined kidney function at about 30 percent to Stage 5 recently, which allowed her to be put on a waiting list. At the beginning of December she had a six percent functionality between the two organs.

According to Ripley Publishing Co. files, Hosmer was on home dialysis – a treatment option she admitted she never thought she would pursue. “I’m very independent and I didn’t want to rely on other people,” Hosmer explained, noting her port is in her stomach so she can connect and disconnect herself from her dialysis machine in her bedroom.

She has been an educator at Milan schools for more than 30 years. She has been using her personal experience with this situation to educate others. She told the newspaper earlier this month that one of her daughters’ family is staying with them temporarily, and she has been using the time to show her granddaughter that it is not a scary thing and that it helps her feel better. She’s going to talk to local health classes about her diagnosis and treatment to help others better understand the disease and what the transplant process can be like for some.
Hosmer says she has an amazing support group, her husband, Mark “Doc”, daughters, Courtney and Haylee, sister Janele and the Milan School Corporation, who have worked with her to allow her to continue working during this time.

“I’m only 51 years old. I’m busy and I want to stay busy,” Hosmer told The Versailles Republican. “I’m not one to sit around and not do anything. I’ve got too much life to enjoy,k especially with a 3-year-old granddaughter.”

Hosmer encourages anyone in need of a kidney donation or to donate to visit the National Kidney Registry Website to learn more about it.