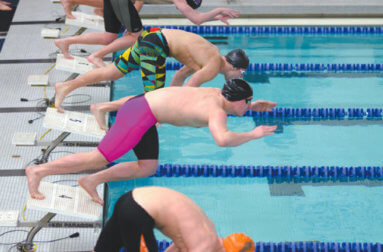 Milan Indians senior Fernando Gomez will travel to Indianapolis this Friday, February 22, to race in the IHSAA Swimming Championship in the 100 yard breaststroke race. Gomez swam a school record time in the sectional to take second place in the event, which was enough to send him to the biggest race in the state. At the IUPUI Natatorium, Gomez will swim against 31 other competitors in the event.

On his swimming portfolio website, Gomez writes that he’s been in the pool since he was three years old. He began swimming competitively in 2015 for C.N. Ciudad de Oviedo, a team hailing from Gomez’s native country of Spain. It is his second time qualifying for the IHSAA State Finals races.