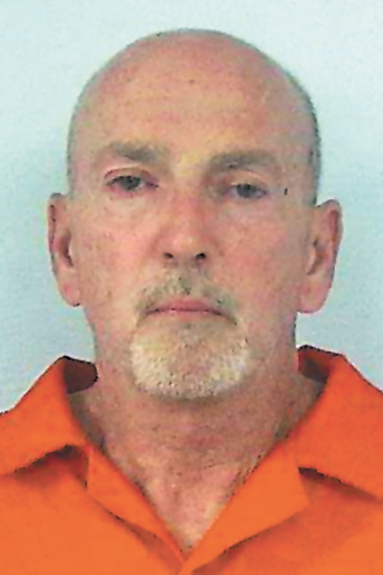 A night of confusion led to a North Vernon man having to pay restitution to a family in Ripley County after breaking in their home, and to Laughery Valley Co-op, after wrecking one of their trucks. He will also be serving 902 days of reporting probation that began February 10. He is also ordered to complete 120 hours of community service and have no contact with the victims.

Dirk Tarter, 59, of North Vernon, was just sentenced to the above time for a bizarre story he told police. After he broke into a residence on South US 421 Versailles, the residents held him at gunpoint and called 911. Tarter had taken a rock and broke a window to gain entry to the home that was locked, about 2:30 a.m. on September 9, 2020.

When deputies from the Ripley County Sheriff’s Office arrived they found the back door with a hole in the glass portion, and saw Tarter standing in the family room about six feet from the hallway, where the family was standing.

Tarter was successfully taken out of the residence, but the story doesn’t stop there. He told police he was being followed by special forces and they were trying to kill him. He told them he had run from across the road through a field and then ran to the back of the house where he broke in.

Another responding officer went by the Laughery Valley Co-op and noticed that a white pickup truck appeared to have been backed into by a co-op dump truck and trailer. While being taken to the Ripley County Jail, Tarter told police that he parked his truck at the co-op and tried to hide from the people who were chasing him. He said he got into the Laughery Valley Co-op vehicle, but couldn’t get it going fast enough.

Just a few days before this incident in Ripley County, Tarter had another episode in Jennings County, where he is from. Dirk told police there was methamphetamine inside his vehicle, that he believes was planted there. He said there were multiple baggies, but police didn’t find anything in the truck.

Two recent situations from Jennings County involved Tarter believing aliens were trying to abduct him and he said his truck was stolen. Another complaint about Tarter was when his vehicle was near the Jefferson/Ripley County line on US 421. When officers responded Tarter was again complaining about aliens. Tarter also called police on September 6, 2020, telling officers he believed three individuals had broken into his home near North Vernon. Deputies didn’t find any evidence of this when they responded.

On September 8, 2020, just a day before his arrest in Ripley County, Tarter told police that he visited a transient in a tent. He said that individual gave him two pills for some back pain that he believed to be psychotic in nature.

From September 5, 2020, until he was arrested on September 9, 2020, there were four days of odd behavior from Tarter that ultimately led to the arrest and finally sentencing, which was decided earlier this month.