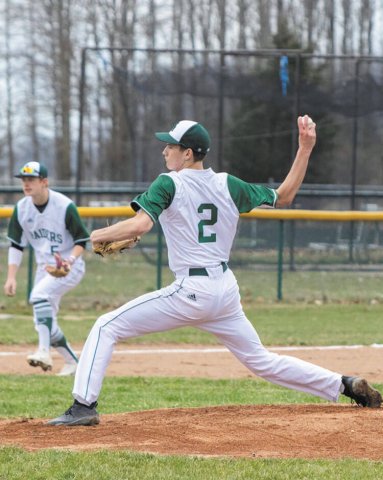 South Ripley’s baseball team hosted their first home game of the season on Friday, April 5 against the Greensburg Pirates. The Raiders entered the game with a 1-1 record, having lost to Austin on April 1 by a score of 2-0 and won over New Washington on April 4 by a score of 14-1.

The Raiders got their bats working early, scoring two runs each in the first and second innings, and one in the third. After trailing 5-1, a late run by Greensburg, in which they scored two runs in the fifth and sixth innings each, forced an extra eighth inning of play. SR sealed the victory with a score in the bottom of that inning, off of a walk by Greensburg.

Greiwe, Gentile, Samples, Cory Ralston, and Bryce Franklin each earned an RBI. Trenton Burford had one stolen base.

With the win, South Ripley improved to 2-1 on the season.