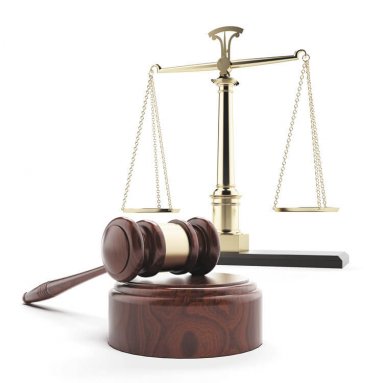 On November 20 Rhonda Ison, a 53-year-old registered nurse, of Moores Hill, was sentenced by Ripley County Superior Court Judge Jeffrey Sharp to two years with six months suspended to probation for actions related to the theft of 190 prescription pain pills while working as the Director of Nursing at Manderley Health Care in Osgood.

Prior to sentencing, Ison pled guilty to Failure to Make, Keep, or Furnish Records of the Dispensing and/or Destruction of a Controlled Substance, a Level 6 Felony, and Theft, a Class A Misdemeanor where she faced a sentencing range of six months to two and a half years.

During the sentencing hearing, Kyle Negangard of Manderley Health Care testified about the details of Ison’s crimes and the significant negative impact they have had on his family’s business. Negangard explained that he and his family had received information from other nurses in the facility that believed Ison was stealing pills rather than following proper pill destruction procedure. As a result, the facility promptly installed a camera in the medicine room to observe whether proper procedure was being followed. Within hours of the camera being installed, Ison was captured on video taking 190 prescription pain pills (Hydrocodone and Oxycontin) and falsifying paperwork that indicated she had destroyed them pursuant to proper procedure. The pills left for destruction belonged to patients who had recently passed away prior to those pills being distributed.

Negangard testified that Ison’s crimes were extremely hurtful to his family because they trusted her as their lead nurse. Immediately upon discovering what Ison had done, Negangard contacted the police and the state licensing board. The Negangard family knew reporting these crimes would leave them susceptible to potential fines and negative effects of their business, but they wanted to do the right thing and make sure Ison would be prevented from having the opportunity to victimize anyone else. Further, Negangard stated that Ison’s actions have caused the facility to have to work extremely hard to regain the trust of the facility’s nurses, residents, and residents’ families that Manderley Health Care has earned over the past five decades as a healthcare provider in the community.

At the sentencing hearing, Chief Deputy Prosecutor Shane A. Tucker argued that Ison’s theft of such a high number of pills, the significant impact her crimes have had on the victim, her violation of trust not only to her employer but to the facilities residents and the residents’ families, and her lack of remorse for her actions justified an aggravated sentence.

Ison’s attorney requested that the Court take into consideration that she has no prior criminal history and a dependent child at home. The Court agreed with the State and sentenced Ison to two years in jail with sixmonths suspended to probation while emphasizing that, based on Ison’s conduct, she should never be put in a position of trust with patients ever again.

In reference to the case, Prosecuting Attorney Ric Hertel wanted to compliment the Osgood Police Department for their investigation and Manderley Health Care for their diligence in reporting Ison’s crimes and their cooperation throughout the pendency of the case. Further he stated, “Ison’s conduct and violation of trust negatively impacted some of our community’s most vulnerable, those who require the care and support facilities like Manderley Health Care provides. Her conduct warrants the aggravated sentence she received.”