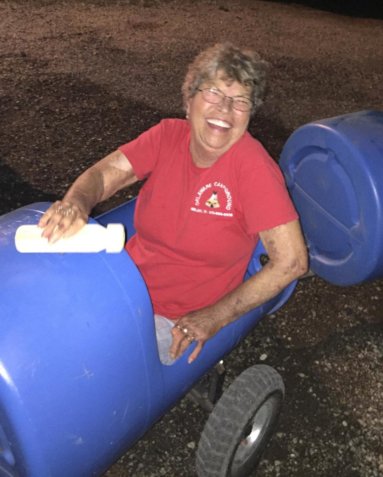 Barbara Jean Wood, age 72 of Versailles passed away in Louisville, Kentucky, on Saturday, June 19, 2021. She was born on November 18, 1948, the daughter of William and Ruth (Rhienfrank) Canada. She grew up along with her brothers and sister outside of Versailles.

Barbara was a graduate of South Ripley High School. Early in her teen years a certain boy caught her attention, he went on to join the service. However, fate united her and Donnie Wood on December 4, 1965. They lived the remainder of their years together until Donnie’s passing 2016. They enjoyed life, spending weekends with their camping family in Delaware Campground, singing karaoke, picking the guitar, and enjoying friendship. Barbara liked to play bingo, but her greatest joy was being mom and nan.