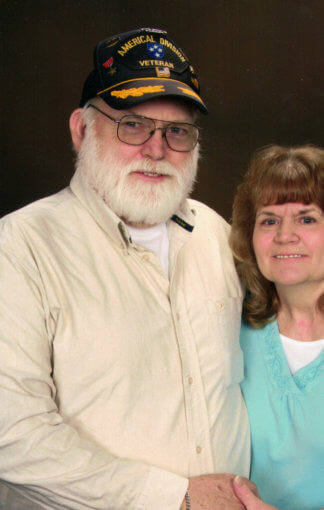 David R. Daugherty, 72, of Osgood passed away Saturday, December 25, 2021 at the St. Francis Hospital in Indianapolis. He was born at the Whitlatch Clinic in Milan on January 23, 1949 the son of Howard and Margaret Barkley Daugherty. He was married to Diane Burk on June 29, 1985 and she survives.

Other survivors include one son John Howard Daugherty of Florida; one daughter Dee Dee Daugherty of Florida; three step-daughters Michelle (Ryan) Loutner and Rhonda (Kevin) Vansickle both of Westport, and Renee (Ty) Demaree of Osgood; one step-son Joey (James) White of Cincinnati; two sisters Diane (Wayne) Smith of Cross Plains and Donna Daugherty of Alabama. He was preceded in death by his parents.

David was an Army Veteran of the Vietnam War where he held the rank of Sp. 4 with the 52nd Infantry. He served from March 4, 1969 until March 3, 1971 and fulfilled his Army Reserve obligation until March 3, 1975. For service to his country David received the Purple Heart, Vietnam Service Medal with two Bronze Stars, Republic of Vietnam Campaign Medal, Combat Infantry Badge, Army Commendation Medal, National Defense Service Medal, and was qualified as a Rifle Marksman. In civilian life he began his working career with US Shoe in Osgood and then spent 40 years with the Batesville Casket Company. David was a member of the Versailles American Legion.

Funeral services will be held on Wednesday, December 29th at 12pm at the Stratton-Karsteter Funeral Home in Versailles. Burial will be in the Mt. Sinai Cemetery near Moores Hill with military graveside rites by the Versailles American Legion. Visitation will also be on Wednesday beginning at 10am. Memorials may be given to the Ripley County Humane Society in care of the funeral home.