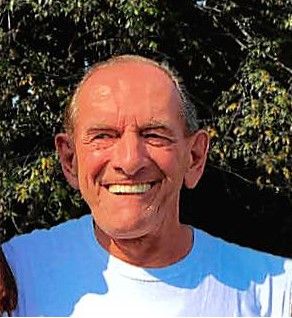 Elson L. Downey of Holton, Indiana passed away Wednesday, February 24, 2021 at The Waters of Dillsboro in Dillsboro, Indiana. He was born April 26, 1945 in Milan, Indiana to the late Floyd Elson and Virginia Rose Shinkle Downey.

Elson would proudly serve his country in the U. S. Army from 1965 until 1967. He would later be blessed with four children. He provided for his family by working thirty-four years for Cummins Engine Company in Columbus, Indiana and was a long time member of the Diesel Workers Union.

In remembering their father, his children told of his ongoing passion for cars! He travelled all over the country to car and swap shows. Not only did he do the shows, he was constantly working on cars. Something else that he was noted for was his green thumb! He raised bountiful gardens and also beautiful flowers. His gladioluses were purple ribbon winners. He proudly donated his flowers to different places like the Napoleon State Bank, Manderley Health Care and Margarent Mary Health to name a few. He was a very giving and loving soul that will be deeply missed by his family and friends.