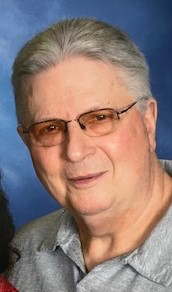 Mr. Garry Allen Gast, age 74, of Madison, Indiana entered this life on May 17, 1946 in Maysville, Kentucky. He was the son of the late Charles Hubert and Regina Dolores Sexton Gast. He was a 1963 graduate of Milford High School and was raised there and in the Osgood community. He was united in marriage to Regina “Claire” Sanchez on April 24, 1996. He was a loving father to a son, Butch and a daughter, Melissa. He worked as a machinist at Reliance Electric in Madison, Indiana for 39 years, retiring on June 29, 2007. He enjoyed hunting, collecting guns, target practice and shooting clay pigeons and had one national award with his skills. Garry was a member of North Madison Christian Church and studied his Bible daily. Garry died on Saturday, January 16, 2021, at 9:29 p.m. on arrival at the King’s Daughters’ Hospital Emergency Room in Madison, Indiana.