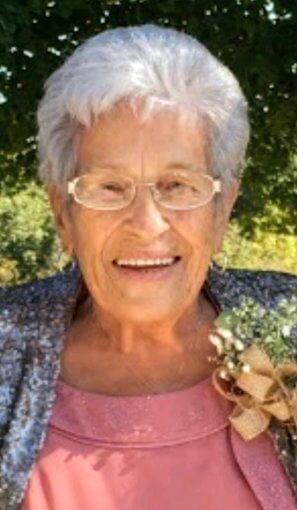 Gloria Ann Scotti Seevers, 89, of Lawrenceburg, Indiana, passed away at Ripley Crossing in Milan, Indiana on Wednesday August 4, 2021 with her family by her side. She was the daughter of Mildred Scotti Fox and Samuel R. Scotti. Gloria worked at the Lawrenceburg Telephone Company and was a part owner and bookkeeper at Seevers Land Fill. She loved to shop and go to Willie Nelson concerts with her grandchildren. She was full of fun and laughter. Gloria will be missed by her loving family.

Gloria’s wishes were for her body to be donated to science for Alzheimer and Dementia research. Gloria did not want to have any services but memorials in her memory can be made to the Alzheimer’s Association. Fitch-Denney Funeral Home has been entrusted with the arrangements.