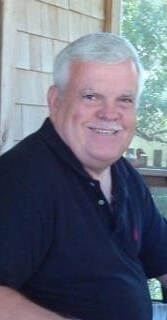 Mr. Harold D. Halcomb, age 69, of Madison, Indiana entered this life on February 19, 1952 in Madison, Indiana. He was the loving son of Willis and Joyce J. Long Halcomb. He resided all of his life in Jefferson County and was raised in Dupont and Madison.

He grew up in the Dupont Baptist Church and later was a member of the Bible Baptist Temple at Lancaster, Indiana. He graduated in 1970 from Madison Consolidated High School where he had played baseball. He then attended Grace College in Winona, Indiana. On May 1, 1971 Harold was united in marriage to Mary Lou Gray at the Dupont Baptist Church by Pastor Dave Mitchell. This happy union of 50 years was blessed with a son, Charlie and a daughter, Jennifer. He began his career in the building supply industry with Bob Hughes at Hughes Supply. Later he owned and operated HH Building Supply and Kitchen Physician. He had worked the last 20 years with Halcomb Home Center in Versailles in kitchen design. Harold loved hunting, fishing, a great story teller, sports especially, IU, Cincinnati Reds and the Indianapolis Colts. Harold was a man grounded in his faith, his family and will be remembered for his devotion to his wife, Mary Lou. He lovingly cared for his mother since the death of his father, and was a great dad and papaw. Harold died on Tuesday, October 26, 2021, at 11:41 p.m. at the Emergency Room of King’s Daughters’ Hospital in Madison, Indiana.