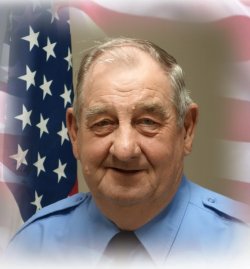 Mr. Hyatt was a 1958 graduate of Cross Plains High School. He worked for 33 years for Schenley Distilleries in Lawrenceburg and had also been employed with Green Construction. Jim was best known in the community as a Special Deputy for the Ripley County Sheriff’s Department, a job he had for over 30 years. He had also worked security for the NMLRA in Friendship and was a former courier for the Friendship State Bank. Jim was a 60 year member of the St. Paul Lutheran Church in Olean where he participated in the church choir and on the church council. He was also a 50 year member of the Friendship Fire Department, a member of the NMLRA, and had served on the board of directors for Rescue 69.

Funeral services were held on Saturday, October 10 at 11 a.m. at the Stratton-Karsteter Funeral Home in Versailles with Minister Randy Thieman officiating. Burial was in the St. Paul Cemetery in Olean. Memorials may be given to the Friendship Fire Department in care of the funeral home.