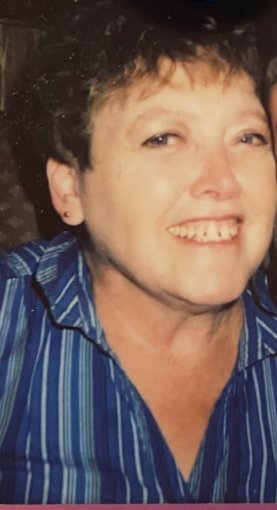 Mrs. Janet Eileen Rea Jones, age 69, of Madison, Indiana near Rexville entered this life on October 27, 1952 in Batesville, Indiana. She was the loving daughter of the late Russell R. and Dova Sedam Rea. She was raised in Rexville and graduated in 1970 from South Ripley High School in Versailles.

She worked early in life as a teller for the Ripley County Bank in Osgood. On January 4, 1974 she was united in marriage to Sam Jones at the New Marion Baptist Church in New Marion, Indiana by Pastor Harold Carter. This happy union of nearly 48 years was blessed with a son, Jeff and a daughter, Kim. She was a devoted wife, loving mom and mamaw. She worked as a homemaker until her children were of age and she then worked as a teller at the Huntington Bank in Nashville, Indiana. Janet and Sam resided in Brown County for 35 years moving back to Rexville in 2005. Janet loved watching the hummingbirds, painting ceramics, and decorating cakes. She fought a long battle with multiple sclerosis since 1994. Janet died on Saturday, December 25, 2021, at 9:30 a.m. at the Margaret Mary Health, Batesville, Indiana.