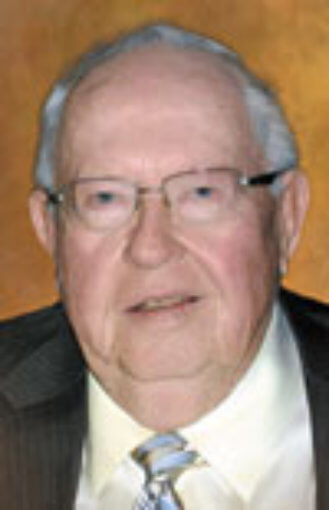 Mr. John D. “Red” White, age 86, of Hanover, entered this life on March 4, 1933 in Shelby County. He was the loving son of the late, Arthur Oatis and Mildred Lanahan White. He was raised at the Indiana Girls School from the age of one where his father was the farm superintendent and his mother was a corrections officer. He graduated from Ben Davis High School in 1951 and then attended Indiana Central College for two years.

On July 1, 1953 at the age of 20, John became employed with the Indiana State Police as a Criminal Records Clerk and in 1954 he transferred to operations. In 1958 he was promoted to Trooper and transferred to Scott County under the Charlestown Post. After one year as a Trooper he was credited with safely getting a single engine plane down. It had three occupants, no radio and 30 minutes of gas left. He guided it down with the spotlight on his police car. He was then promoted to Sergeant in 1966, made First Sergeant in 1972 and in 1975 was promoted to Lieutenant as Commander of the Versailles, Charlestown and Sellersburg Posts. John was also assigned to present the program of “Officer Survival” to all Posts and other departments. He was the Assistant Commander of the Indiana State Fair Detail and the Commander of the Indianapolis 500 Race Detail several years. John retired in 1988 as a Lieutenant after 34 years and 9 months of service and traveling over one million miles.

John was proud to be presented the awards of, “Sagamore of the Wabash”, by Governor Otis Bowen and the Aide DeCamp Commissioners Staff by the Kentucky State Police; Served as a scoutmaster of the Explorer’s Boy Scout Troop; was a counselor to Hoosier Boys State and to the Indiana State Police Career Camp; was a member and past president of the Madison Fraternal Order of Police; was a twelve-year member and past president of the Jefferson County Sheriff’s Merit Board; member of the Civil War Round Table; member of the Jefferson County Historical Society and was presented with the Madison Hospitality Award in 2004. After retirement he enjoyed woodworking, acting as a docent for the Madison Train Station and the Jefferson County Historical Museum. He also in his spare time enjoyed fishing, having a lawn of perfection, raising beautiful roses, and being with his family. He was an avid reader and studied many things, including scientific and historical facts. John passed from this life on Friday, December 20, 2019, at 5:15 a.m. at the Hickory Creek of Madison in Madison.

John will be missed by his wife of 38 years, Linda Stewart White of Hanover, Indiana; his son, Jeffrey White and his wife, Melanie of Franklin, Indiana; his daughters, Laura Ebley and her husband, Jerry of Lexington, Indiana, Lora Caudill of Louisville, Kentucky, Kathy Hagen and her husband, David of Lebanon, Kentucky; his grandchildren, Chelsea Burch and her husband, Cory, Kendall Ebley, Allison Caudill and fiancée, Ben Cowgill, Samantha Caudill and Ellie Caudill and other relatives. He was preceded in death by his father, Arthur Oatis White, died 1973, mother, Mildred Lanahan White, died 1986, his father in law and mother in law, Charles Keith Stewart, died December 29, 2011 and Willetta Wehner Stewart, died December 15, 2009.

FUNERAL CEREMONY
Funeral services will be conducted Friday, December 27, 2019, at 7:00 p.m., at the Morgan & Nay Funeral Centre, 325 Demaree Drive in Madison, Indiana. Interment will be private in the Grandview Memorial Gardens, 9306 North US 421 in Madison, Indiana.

MEMORIAL EXPRESSIONS
Memorial contributions may be made to the Jefferson County Historical Society Museum. Cards are available at the Morgan & Nay Funeral Centre’s of Madison and Hanover. Online condolences, www.morgan-nay.com