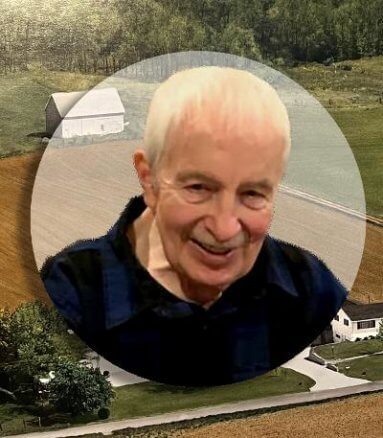 Kenneth “Kenny” W. Peetz, age 80 of Napoleon passed away on Wednesday November 17, 2021 at Christ Hospital in Cincinnati. Kenny was born on the family farm outside of Napoleon on January 27, 1941 the son of the late Edward and Helen (Borgman) Peetz.

Kenny graduated from Napoleon High School and studied college courses at Porter Business College in Indianapolis. He quickly realized Napoleon is where he belonged. He began his working years, at the local sawmill, farmed, owned and operated a fertilizer business and hauled livestock. He found his true calling in the 70’s as a truck driver and spent 30 years plus driving for Hillenbrand. He logged at least 2,608,951 accident free miles. Kenny enjoyed being on his farm. He liked watching sports, IU, the Bengals, and especially Dale Earnhardt were favorites. He was a member of St. John Lutheran Church, Fraternal Order of Eagles #1130, and a 50 year member of the Napoleon Fire Department. Kenny was a selfless man who truly put the happiness of others first. From his renowned “Kenny Jokes” to his infectious personality, he always brought happiness to those around him.

Visitation will be held on Tuesday November 23, 2021 from 9 am. -12 pm. At Neal’s Funeral Home in Osgood. Funeral services will be held on Tuesday at 12 p.m., also at funeral home with burial at St. John Lutheran Cemetery in Napoleon. Memorials can be given to St. John Lutheran Church or the Napoleon Fire Department in care of the funeral home. Online condolences may be placed at Nealsfuneralhome.net.