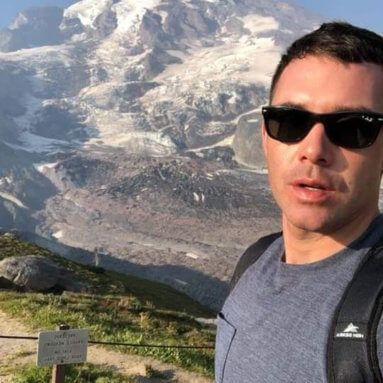 Mr. Weston Lee “Wes” Ellis, age 39, of Bennington, Indiana, tragically passed away on Saturday, July 24th, 2021. Beloved son of Donald L. Ellis, Jr. and Melanie R. Ellis Demaree, he was born in July, 1982. Wes was raised and attended school in the Madison community, and graduated from Madison Consolidated High School in 2000. While there, he played football, and was an accomplished student and member of National Honor Society. Following high school, Wes served in the United States Marine Corps, and excelled in marksmanship as a sharpshooter. After his Marine service, he pursued an education in Geology, graduating from Southern Indiana University in Evansville with a B.S. in Geology in 2011. He then entered a graduate program in geology at California State University, Long Beach, and received a Master’s Degree with Honors.

While pursuing his education and in summers, Wes worked as a US Forestry Technician in Michigan, a Hydrological Technician with the Bureau of Land Management in Montana, a Graduate Assistant with the National Science Foundation in Kauai, Hawaii, and a Geology Research Assistant at Cal State Long Beach. In addition to authoring or co-authoring publications in geology, Wes was honored with several academic and scholastic awards as an undergraduate and graduate student. Following graduation, Weston worked as a Senior Staff Geologist for Kennedy Jenks Consultants in Irvine, CA until December 2019. In this position, he was a valued consultant on numerous environmental projects, and traveled extensively in the US and Puerto Rico. He held professional memberships in the Geological Society of America, Indiana Academy of Science, American Geophysical Union, and the Groundwater Resources Association of California. Wes returned to Indiana during the COVID pandemic to assist with the family farm and to help his grandmother and family. He recently accepted a position as an Environmental Specialist with North American Stainless, and was to begin that position on July 26th.

From a young age, Wes had a strong affinity for the outdoors and nature. This was expressed in his numerous interests and boundless energy for hiking, camping, biking, fishing, kayaking, beekeeping, gardening, farm activities and studying and communing with nature in all its forms. Wes loved exploring National Parks, especially Yellowstone and Yosemite, and traveling internationally, discovering new foods and cultures. From these experiences, he developed his skills as an amateur chef and baker (as all those who tasted his bread can attest). He was close with his late grandfather, Donald Ellis, Sr., and followed his interest in competing with the National Muzzle Loading Rifle Association shoots in Friendship, Indiana. He was proud of the marksmanship awards he won, and treasured that time with his grandfather. Wes especially loved spending time with his mom, and also his sister and her children, who he considered as his own. He was a devoted and loving family member and friend to all he pulled into his magnetic realm. He has left us much too soon, and will long be remembered for his love of family, kindness, generosity, warmth of heart, and his beautiful smile.

Memorial contributions can be made to the Weston Ellis Memorial Nature Fund. Cards are available at the Morgan & Nay Funeral Centres of Madison and Hanover. Online condolences, remembrances, and memorials can be left at www.morgan-nay.com.